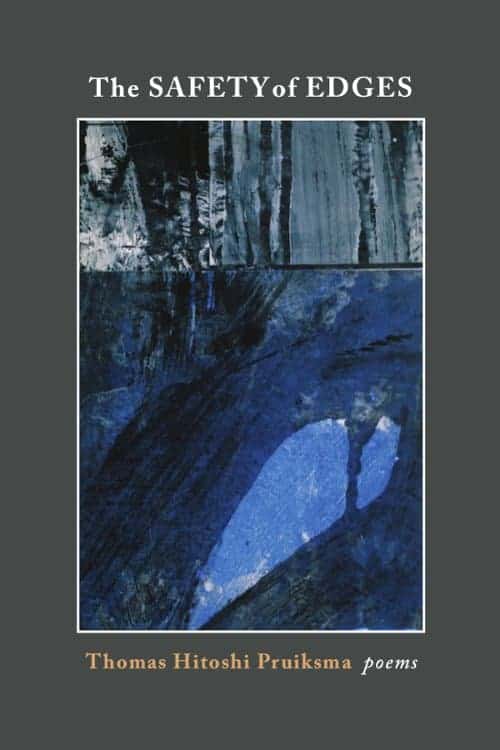 The Safety of Edges
Poems

Read an Interview with Galen Garwood

The Safety of Edges ponders liminal times and spaces, tracing the borders between now and then, here and there, childhood and the grown poet. The edge of anything is both a limit and a possibility, an encounter either safe or risky. Pruiksma’s poems seek what it is one awakens to in the half light between darkness and dawn, an emptiness that is not empty, a “saying in the silence,” “a song we can’t see,” or whatever in movement might remain still. Pondering a world waiting to be whole, they return repeatedly to home. Theirs is a quiet voice of the hints that the past, like the things that inhabit it, emanates, of evanescences, of questioning and questing, of the mystery of ordinary moments: playing cards, drawing, opening a door, building sheds, seeing neighbors. Not only doors or walls, not only voices, all things leave traces.  There is nothing “to dull the emptying darkness beyond even the darkness I could see,” Pruiksma writes in a poem that appears early in his book.  Yet he finds, near the end of it, “a darkness not dark, an emptiness not empty.” The Safety of Edges is a work of a compassionate discreteness, a generous simplicity, in which the hours of life are not lost but found, sometimes, “all of it here in our hands.”

—Peter Weltner, author of The Light of the Sun Become Sea and Unbecoming Time

“If we hope to proceed into the future as a civilized country, we are going to need the work and the example of young people such as Mr. Pruiksma.”

—Wendell Berry, from a letter recommending the author

“Pruiksma’s mysterious magic is all here. But he also shares some hallucinatory insights, those that you can only get when you are a child and you wonder. When tiny observations embrace the whole world. Even a dark world.”

“Pruiksma is a fine poet, a gifted and dedicated translator, and a devoted scholar.”

—Kristin Linklater, author of Freeing the Natural Voice: Imagery and Art in the Practice of Voice and Language